My goal with Eidolons is to achieve a streamlined experience - with open-world adventure, turn-based combat and dungeon crawling  - without dumbing anything down. I want to cut out all kinds of grind and bloat that often make rpg's tedious. I hope that Eidolons will be perfect for people who love RPGs, but do not have the time for all the thousand little things that are often thrown at us in AAA rpg's as well as 'super-hardcore' ones - like the overflowing inventories, lists of unconnected perks that you have to read before you can make your character, journals hopelessly crowded with side-quest you took ages ago and forgot about, maps that have so many markers you feel like a detective gone nuts.

Yeah, that's my indie rant. Now, to business! In this post, I will shed some light on how this is being done :)

Adventuring is done by navigating between areas on the map, and each area has a sub-map with points of interest that you can visit like nodes on a graph. Discovering new ones can be done by finding or buying maps or travel-journals and picking up rumors or quests. Sometimes you discover new places just by going through the same old places one more time.

There are two major types of places apart from Towns:

- Shard Dungeons - deep places where you go when you are ready, to face a challenge that is sure to claim at least one of your heroes and add them to your Chain, ash and soul. Some hints are there about the kind of Shard Avatar that awaits at the end of the blackness.

- Adventure locations - e.g. bandit camp, magic pond, haunted windmill... places that are *usually* not associated with a deep dungeon or boss fight, unless it is a *trap*. Instead, these often offer text-events and side-quests. These can be impermanent and disappear if you walk by. The way it works, you will always arrive at the finale, but if your Chain is really weak, there is practically no chance for favorable outcome. Not that it was wrong - the story works either way, perhaps better even if you can appreciate a proper End. Just kidding, of course we all want to win.

The challenge of the Finale can be set to “Do your worst” - then Nether Gods will send ever-direr punishment at you until your eidolons finally fail. In the end, you will buy some number of years for the world, be it a decade or a century...

If you fail to keep your heroes alive, they still add to the Chain, but they’ll be weak, and the Flame will rise faster.

Outside the calm space of your campsite, Eidolons is about being on fire. It’s about the passion for roguelike roleplaying experience, hard and on edge! It’s also about balance between Planning and Opportunity.  A hero without a plan for their build is not likely to amount to much, but there are chances that you just can’t pass - and they might alter some details of your plan...

One way in which this is implemented is that each major fight ends with this sort of event: 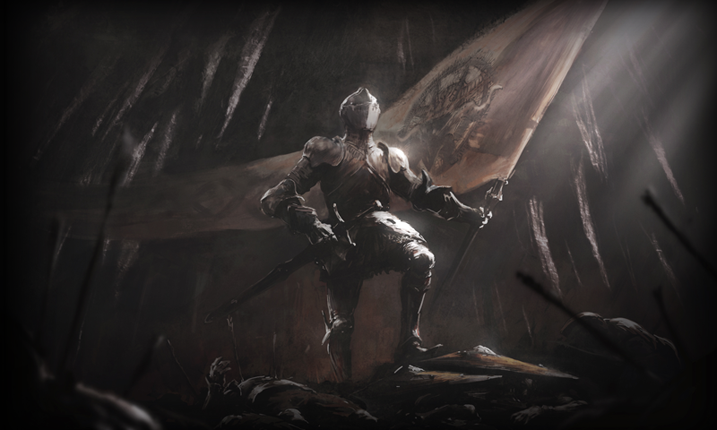 So the point is, you can’t do everything. It also reduces the amount of micro-management, forces you to focus on the bigger picture.

Now, if you choose to Reflect, there will be a further event:

“After reflecting on the fight, you realize it was easy. Yet you learned from your enemies’ mistakes. It is clear to you they lacked...”

“The battle was brutal, it brought you to the very limit of your strength. But beneath the utter exhaustion, you feel you have become...”

This is especially fitting for Class System - since Class Ranks are supposed to be *earned*, either in combat or by questing or text-events!

Note: Tooltips will help you decide, and there is likely to be some kind of ‘choose later’ option.  The major upside of this is you don’t have to read all the skill descriptions to make a powerful build. You just need to know what kind of tactic this hero uses, and choose skills that align with it best. It’s all about Vision! Of course, if you want to master-mind it, make a perfect hero, you should spend an hour or two flying around the Weave and learning about its many Skill and Class branches

So how does this combine with the ‘traditional’ leveling-up?  There are still options to get those good old Attribute and XP points and spend them as you wish, but such ‘free’ points are rare.

Battles can be either Skirmishes - when you just meet a stray creep that needs to be put down - or a real Battle, which:  - cannot be ‘tricked’ or easily escaped from - will end with an Event and an Outcome screen - can start with an event too! E.g. -

“The battle is imminent. In the last few seconds, you..."

And there could be many interesting options on top of that - including trickery, maneuvers, sabotage and more! Of course, not all of these are always available - there is some criteria for each.

One thing to say about them - you will immediately recognize them for what they are. Instead of using same kinds of 2d tokens as normal units or characters, our bosses will be made up of a number of sizable and animated parts! Since we're rendering them in 3d, they will immediately stand out from the rest. And they are huge...

Once channeled, his fiery blade will disintegrate the very ash of our Risen. Better decide now whom are you ready to sacrifice.

Yet they are not mere brutes that can kill you in one hit or take a hundred hits without batting an eye - that is more suited to aRpg’s and slashers; we want tactics! And we want them epic, so the battle can last for a while, have its ups and downs, take you to the very limits of your prowess, but never unfairly so, as it would be if there was just one invincible enemy unit.

So instead, the boss fights will be about taking out different parts of your nemesis or their support-structures - sometimes at the cost of your eidolon-heroes.
Still, if your hero can take on a dozen regular enemies, same is true for the bosses, only reversed.

Fighting them is about mastery over the entire environment, not just one nemesis.

Now, there is one other thing that stands out about them - each one is made up of many parts! They also support a strong element of randomization, so the end is never the same… Yes, even bosses in Eidolons are not static, they are generated! The tricks we indies must pull to stay level...

How is it done? Well, the Shard Avatars are a combination of a few elements:

Lore-wise, these Avatars are just manifestations of the twisted psyche’s of Shards - pieces of the original godly power called the Oversoul, or simply Creation. A Power that we must reassemble before the Nethergate fully awakens and claims it for the lords of the Underverse.

Simply put, these are aberrations formed from the Mist by an alien will; so there is a lot of freedom in what I can make them into.

To conclude, Bosses in Eidolons are not just joints in the story, they are the core around which everything spins!

... What is essential in a roguelike rpg?

Dungeons use the same kind of navigation maps with nodes. All roads lead to Rome here, to the Boss, that is.  Some are shorter than others, some are deadly, others peaceful. Not that you should always take those.
You know from the start what awaits you - the Shard Avatar, the boss - is partially revealed by the mystic sense that is part of your Curse. It also reveals which paths are more direct when you have to choose between multiple ones. This way, you can control the duration of your dungeon run - it can be a thorough exploration and over an hour long, or it can be a mad rush for victory that ends in 15 minutes, in glory or pain.

During your dungeon-run, you will always need to keep a balance between greed and caution. You have a resources called Soulforce that is required to raise eidolons (for the boss fight, or any time you die or need aid)

A small but important point - the Death mechanic basics: 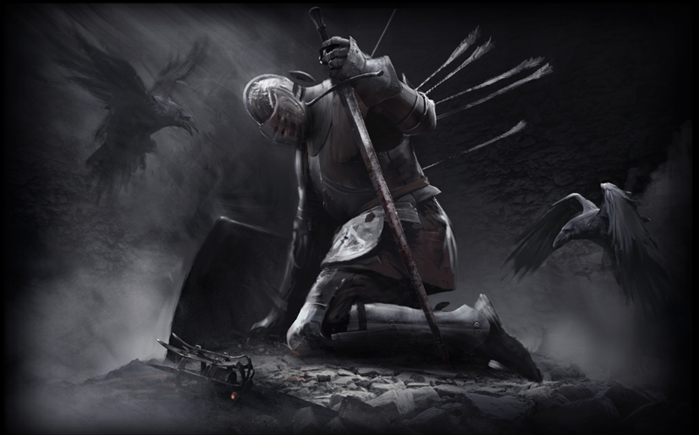 - If the Bearer dies, they are burned and added to the Eidolon Chain. Then your Scion becomes the new Bearer.
- If the Scion dies, you can choose to sacrifice Bearer to save them, which works the same as above
- If both die or if you had no Scion, you will continue the mission with your eidolons until you defeat the Shard Avatar or you Soulforce runs out. Afterwards, the Wanderer will find another Bearer and pass the Flame onto them (you continue with a new character and your old ones are added to the chain)

So high Soulforce is close to a guarantee of at least ‘some’ victory in a fight - your eidolons will keep resurrecting until it is depleted!
In a way, the game is asking giving you choice between risking your heroes’ lives and the mission’s success.

Your living heroes will be running out of Endurance, and the main way to restore it is to camp, but that will take time, and so deplete Soulforce that you have accumulated. Paradoxically, it may not be worth it to camp or rest before the final fight - unless you have great excess of Soulforce or wish to prioritize keeping heroes alive even at the risk of complete defeat.

Note:
To remove the need to constantly pause the game, Soulforce is actually bound to time that you spend moving (in action) and actively resting. I know, some people might try to abuse it to regen for free, but since enemies are dynamic in Eidolons, that too isn’t exactly fail-safe, no free tea-time!

Now, what else often stutters the rpg/roguelike experience? I think it’s the Inventory management!
So in Eidolons, while Heroes have a realistic, limited inventory size as well as weight-carrying limit, there is a relief from the pain that comes when you are torn between sanity and kleptomania!
Any junk you don’t need - there is an option to ‘burn it’ into Ash. This stuff is most useful for your eidolons! Also, for a price in Soulforce, the Wanderer can restore the burned items, with a few random changes...

I hope you enjoyed this dive into rpg-depths, please let me know what you think, I'm working real hard on this, and I want to make it into the finest and most exquisite experience!