A chain of heroes must pass on a sinister Curse as they seek answers and sacrifice themselves for a chance at salvation. In the end, they will return for one last battle, an attempt to forestall the rising doom, the end that was promised.

Soon, the Shadows will take me.

Once, I used to be an adventurer, just like you. I was brazen, and I was arrogant. Then... I challenged a dark god. Now all my old companions are dead, and my new ones, well… Hunger. Oblivion. Madness.

I never wanted this. I thought I was doing the right thing of course, saving the world, and succeeding... But then, one does not steal from a god and live happily ever after.

So yes, I am not here to save anyone, least of all myself. Whatever I do, I cannot escape the evil that has rooted itself within me. People... should just stay away.

Don't pity me, damn it. After all, there is a certain beauty in knowing your time is short and each breath draws you closer to the final destiny. This freedom, paid for with blood, feels real. These moments of silence –  deep and resonant - they become precious. I think I am more alive now than ever before.

Yes, I am ready now. But... Who is the elf woman that saw me without eyes, spoke to me without voice? What dark mystery brought doom on her race? And whose tool am I now, what is the meaning of this mortal affliction?

Time is running short, and answers slip through my fingers. Better it would be to let the shadows take me… and yet it burns me, devours my sanity, and all that I thought I was.

And when the time comes, I know I will slay in such a frenzy that the Sleeping Gods themselves will waken, for I shall not relent until I stand before their Gate, and woe to all who bar my crimson path.

Still want to travel with me, friend? Good. Then listen. 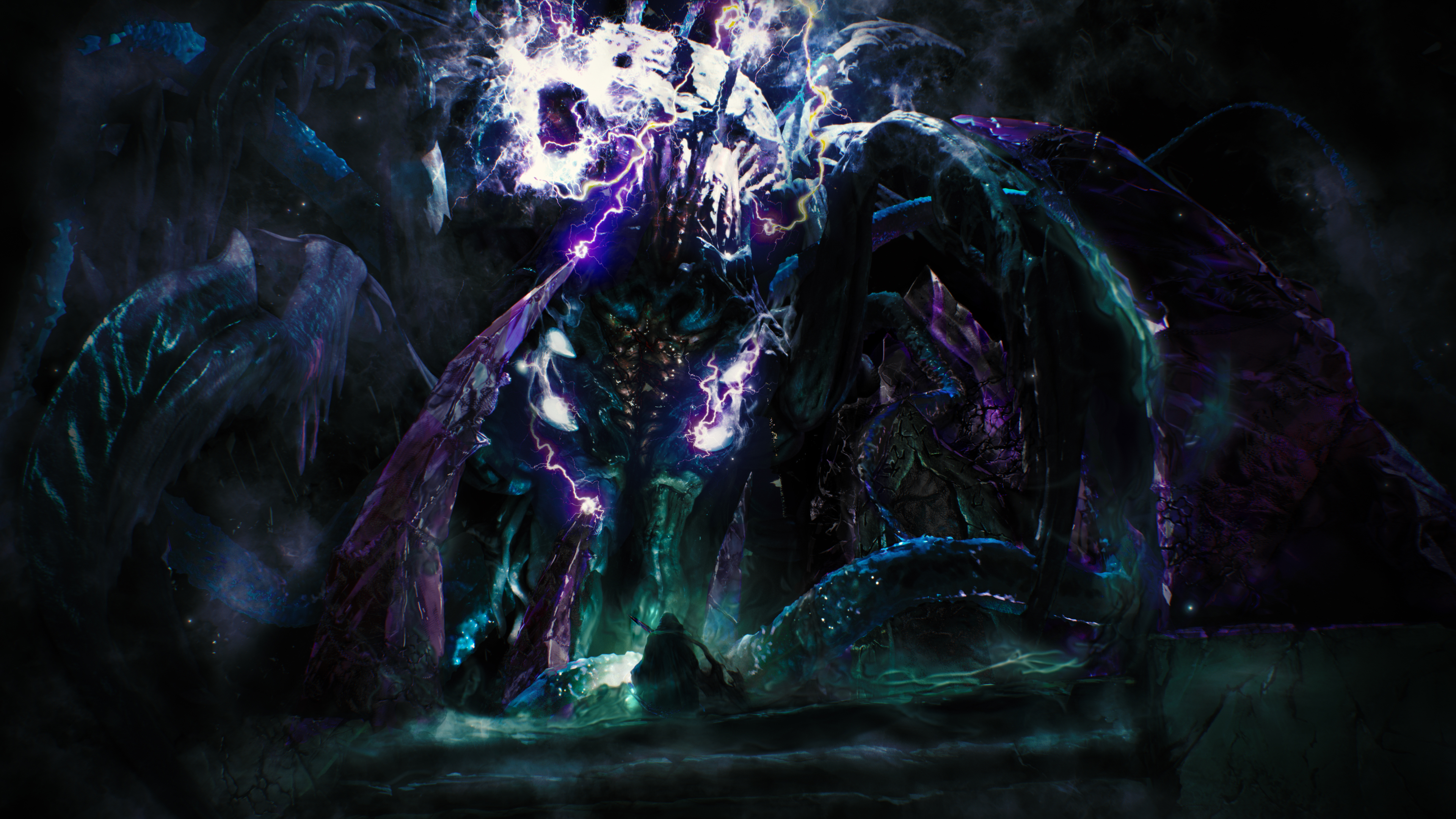 One by one, they will Fall

All as one, they will Rise

is an atmospheric role-playing game in which you can enjoy great freedom, but have to fight and scheme to preserve it long enough to grow strong, if you wish to struggle against Fate.

At its core is a hybrid of strategic open-world and intense story-driven gameplay.

There is lore and story everywhere you go, but they are not imposed on you, not until the end. You can explore or search for clues or simply build up your power, find mighty souls to steal – imbue your items with them, or keep them in reserve.

Time and again, you will try to achieve your maximum potential, and maybe one day, you will break through to the final revelation...

- Brutal Tactical battles with realism and space for genuine Mastery

- Crazy-deep and innovative hero customization! Qualify for Class Ranks to attain them, invest in a mastery to advance through Skill Trees.

- 20 schools of magic for your grimoire, and an arsenal of death to battle gods, men and demons.

Unless you are willing to ask the game for Mercy, you will be playing against time. If you wish to resist the evil, you will have to find some ingenious ways to grow strong and explore the darkest corners of Ersidria.

Yes, this game will take away your freedom... So you can actually appreciate it!

Features you did not expect

Pass your doom down the line! Before the darkness takes you, must find a willing companion who will eventually have to kill you and relieve you of the Curse. And on it goes, until the dark reveals its secrets.

† Your choices,  your reckoning

The Soul Scourge will claim many heroes before it is done with this world. And its victims will claim many souls as well. The final struggle then, when the Eidolon Lords are bored of your obstinacy, must be something spectacular...

† ... and the shivers going down your spine.

A dark mystery concealing a heart-wrenching drama? Yes, and the chilling intensity of struggle for survival and sanity against insurmountable odds...

With my soul at stake. And one more thing.

It'll get under your skin.

This desolation, this endless twilight... It’s a thing that envelops you gently, opens you up and... twists you inside, until you can't turn back to the way you were before. And then the brooding silence turns into unholy frenzy. Are you ready?

This project is a quest of one despaired gamer to find what was once promised, but never quite given. Or given in excess?

My thesis is that to feel what freedom means, one has to know exactly where it ends. Life through death kind of thing. The game is meant to test it!

You have questions, I know...

Exactly, combat is turn-based, but logic is real-time-based… It’s simple.

Too much of it, probably. But it's an indie rpg, right? And at least there is always one more secret for you to discover...

Anywhere from an ambitious Sorcerer to a charitable Knight, with combinations thereof in between. You can make... strange things, and some of them might even work! In Eidolons, building your character is an art.

The classics of Tolkien Fantasy clash with Eldritch Horror, and something is born in the process. Eidolon Multiverse - a setting with over 10 years of world-building behind it. Surely that means something… to someone?

There are many to be found, but you will have to respect the Darkness if you want to steal her treasures! There are some tricky exploration mechanics.

Yes, that’s the point! The map is set in stone, based on lore, but we have layers of randomization and procedurally generated dungeons, dynamically (d)evolving small towns. It's a world that lives its story – and it can be dizzying, but fear not – the constant flow of interactive events will keep you sharp.

Too tedious - just transform the souls of slain foes into enchantments, minions or sentient items. Leave the rest to professionals.

Thank you. It was an honor to fight alongside you... But now I must ask you for one final favor.

The thing that’s buried in my chest, it cannot be allowed to escape. Do you understand? Good...

You will become its bearer, and after that... you will have to find someone  to help you. Just like I found you. Do not rely on yourself alone - this darkness will wear you down. And when you start thinking of giving in, think of all the suffering it has brought into this world.
Find the Gate, and thrust this Scourge back into the black void whence it came!

"Hey, there was a closed beta running via discord in Fall 2018, the next beta testing phase should be around this summer. In any case, there is sure to be a backer-demo at the end of the crowdfunding campaign (approx. in May)."

Hey there! Latest updates here and there on progress anounce a release feb 2020 at the latest and a demo available?

Is there a demo available ?

Hey, there was a closed beta running via discord in Fall 2018, the next beta testing phase should be around this summer. In any case, there is sure to be a backer-demo at the end of the crowdfunding campaign (approx. in May).

Great, thanks for all the testing, man! :)

Hello Tchey, yes, in fact I just keep forgetting about it, but it shouldn't take too long to make it Linux-compatible, it's java after all. In fact it might already work (at least the .jar in the distrib), I haven't tested it for a while (used to work a while ago). Would be grateful if you did, however, solo dev is hard you know :)

Nice, will do in a few hours then ! I will report back if it's working or not.

It seems i'm not able to launch it. Here is what my terminal nags about : https://pastebin.com/raw/7avM5M31

Sorry I missed you comment with the error, it seems some of the path separators have failed for linux, although it looks proper in the log, or? Could you check if the file itself is there at that location?

About news, well, I try to keep up the devlog, RNG is almost ready, there'll be a lot of random tricky dungeons soon :) 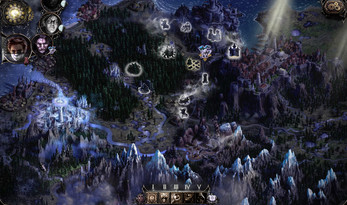 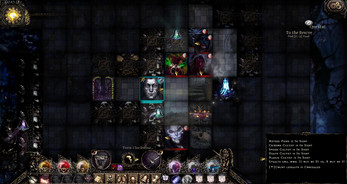 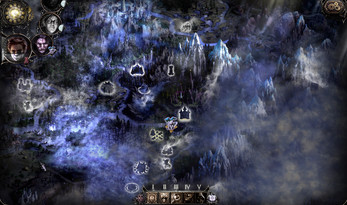 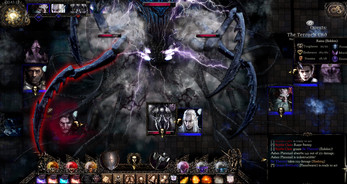 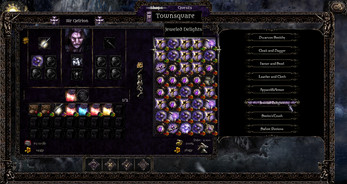 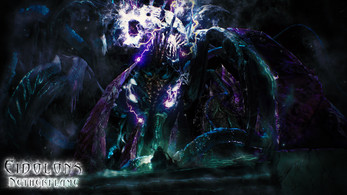 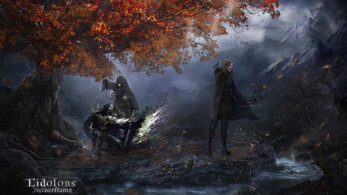 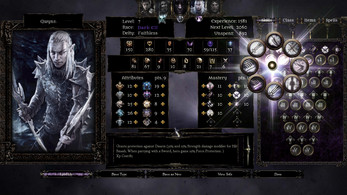 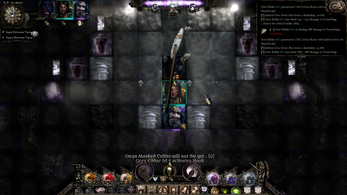 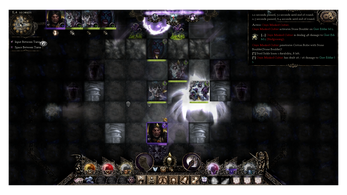 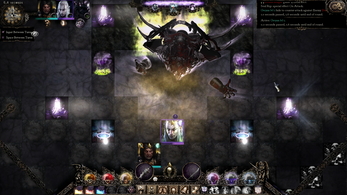