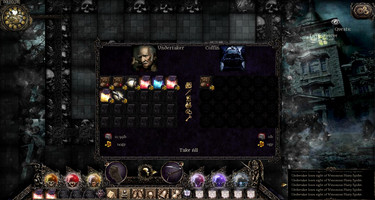 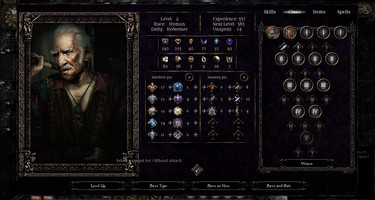 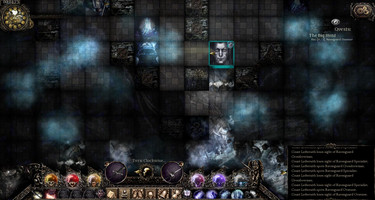 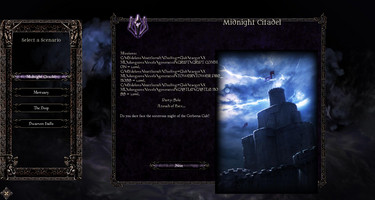 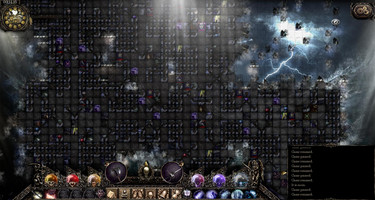 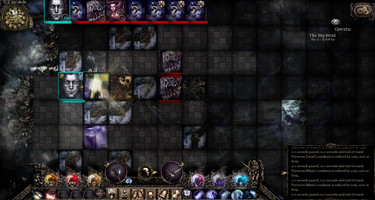 So, the hour draws near, and it’s past time I answered the question - what to expect from this update in particular?

Now, for those who are completely new here, here’s a brief description of the picture:
Eidolons demo version is about solo dungeoncrawling thru randomized levels filled with units and objects, with the goal being simply to reach the end of the final level. In between, you will have some time to spend in the Strangeville, our special Halloween town, where you can get new items and quests.
On the default (novice) difficulty, it’s not all that ‘hardcore’ now, but some might say that to master the game’s ui and concepts is itself a bit of a challenge... So it's best to have the numbers and a leader to ask directions (yeah...) Our warband is gathering on Discord, join if you dare! :) (There you will learn the secret password that must be spoken before the Gates of Nilfheim to pass into the Deep, where rewards and riches... and I might even give some special gifts to the most successful raiders, if there are any left when we're done...)

There will be a few pre-defined Destination types, just as if you had visited them on the map (which is still under heavy development alas).
Each will be composed of a number of random dungeons of one of standard types - cave, temple, tower, castle, crypt etc
To be honest, I did not have much time to balance the content; hopefully I will at least get the general difficulty curve right!..
As it is Halloween, I will of course try to create some interesting and fittingly dark characters - in fact, on Discord you will be able to vote on which should be given the most attention (others may just not get the time at all...)

So, about the major new features:
The quests are ‘simple’, but with all other complications, I think they will prove challenging enough… to make the reward feel well deserved (it’s a lot more than you can get by ‘grinding’, which is also dangerous in Eidolons ‘cause enemies bite and food runs out)

The shops are more of a ‘chance’ now, because for the most part your default items are good enough, and there isn’t much gold to go around. But maybe you will see some nice deal if you take your time, who knows!

A disclaimer also - at this moment, there is a very pesky issue with mouse events - I had to disable the drag capabilities in inventory and elsewhere, ‘cause this issue just won’t clear up in my mind. Maybe after I’m done with this update, and well-rested …

Finally, I should admit that it’s a bit of an improvisation on my part, the decision to make a release for Halloween was made just a few weeks ago, so there are bound to be some rough edges.

Many of the ambitious new things I talked about will remain under construction - such as Hero Creation and Map Adventuring.

But I think the game has grown greatly in size and quality both, so it’s more than worth a shot, plus I can’t go too long with zero feedback!

Right, I'm back to work, much to do before the upload, see you on Discord!