By the Gods, this was a mighty struggle! The beta threw some really devious bugs my way, but at last I am uploading a patched up version :)

To be fair, I wasn’t in a very good shape after initial crunch, so it might explain why I have taken a bit longer than expected to upload the hotfix version. Then, one bug really had the best of me for a whole day - it was so infuriating I even tweeted about it, though in truth I feel a bit humiliated by it... Jeez.

♦ Added ConfirmationPanel to make sure you know what you’re doing sometimes...

Inventory UI:
♦ New looks and feel for inventory
♦ Added controls and other info
Info Text on drop and failed operations
♦ Safe atlas fail for Next Floor - should never fail to load now

♦ Revamped Music system - disabled streaming, at least it plays 1 track smoothly now, even if it means loading it all into RAM. Damn if I know how people use streaming properly without getting spikes during resource loading!
Some may have noticed that for some reason steamed music was sounding horribly when things were loading, and to me this is small surprise - if your next bit of sound can be delayed by some heavy file loading, why wouldn’t it sound glitchy and torn?
Maybe I have violated the practice of leaving out all logic/calculation of the graphical thread...

♦ Prototyped undetected cell darkening (doesn't seem to matter due to Block), gonna need to find a different visual solution, but the system is there already.

Some thoughts on the game’s status:
♦ On the whole, the Character Screen (which I call HQ somehow, the Headquarters...) is still very raw, but the system seems genuinely interesting and solid now, I am already kind of able to create heroes there already, which is much faster and simpler and easier to balance than just by inputting parameters I guess.

♦ I have some way of displaying generic messages now, maybe a kind of tutorial will come out of it, eventually...

And finally, some good news - there might be some better times ahead as far as the art is concerned! I think I have found a good artist who is willing to work on the project despite my limited budget!

Here is his first work - a black orc from mordor the darkest caverns beneath Ersidris! 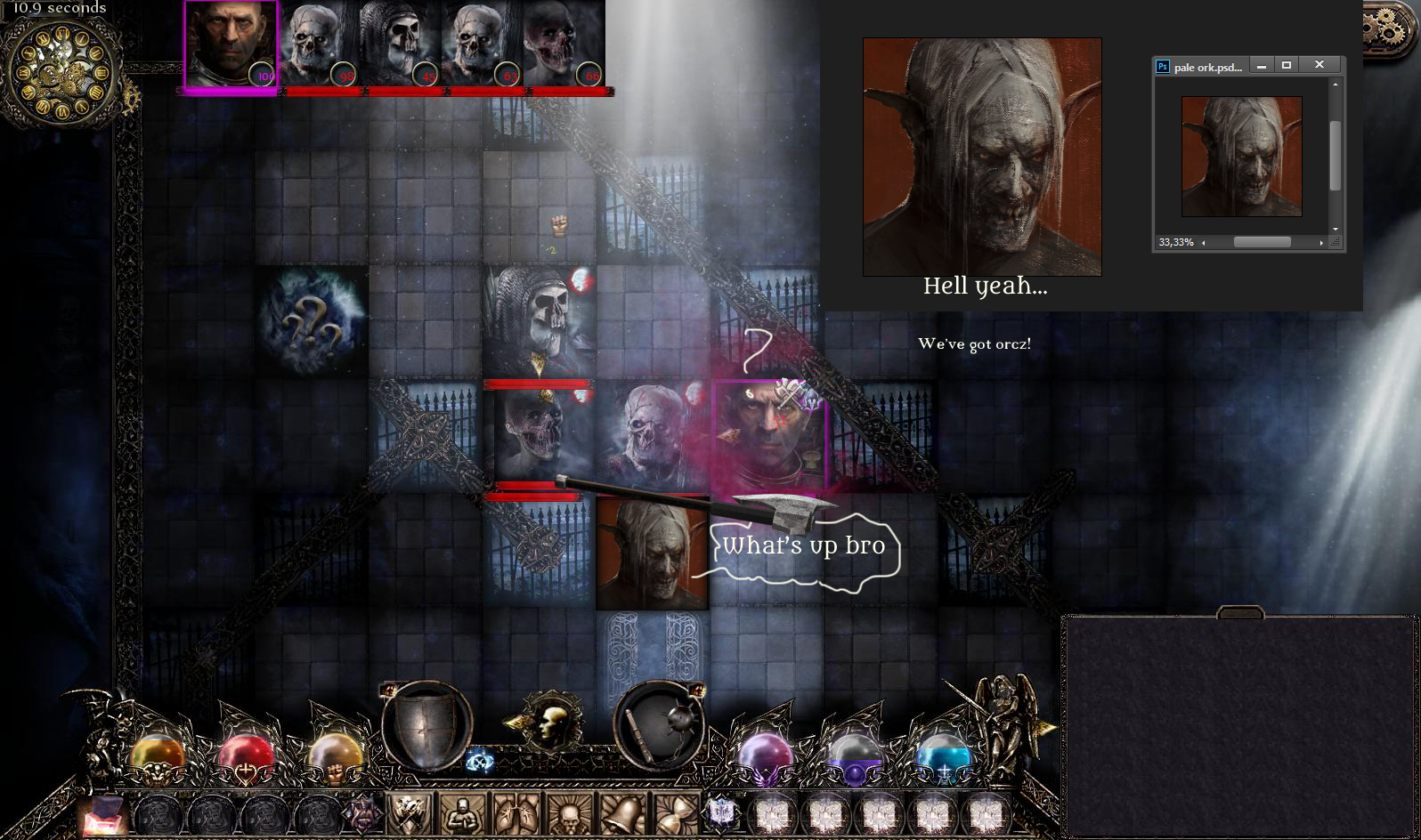 I still didn’t have time to do anything about the art myself though. But one day...

Stay tuned, I'm entering a new development cycle, there will be blood and glory! :)