Reflecting on the Beta Release Crunch

I believe it’s time for a bit of reflection on how the process of making the beta-version has gone and the results thereof...

The plan was to wait until more refinement is done, yet as you can see from the open download attached to this post, I could not resist the temptation of just making the game available to ‘all the world’.
I realize some people will get burned and curse the very name of Eidolons as a result, but... keeping it secret and ‘closed’ was just not possible to me personally any longer. In the end, I am ok with the results, even played the game myself for a while, which I really didn't do often before. Also made a new collection of screenshots all in one place :)

A few words about the development process:

Despite the notorious dangers of it, what I like about crunch is that it makes you set your priorities very straight and helps avoid subtle distractions like “alternative development paths”, which I admit I took rather often, resulting in a kind of feature creep. One real danger of crunching is the tendency to apply quick-fixes instead of real solutions. But this time I was able to stay away from quick-fix practice for the most part, if I encountered a problem, I forced myself to straighten it out instead of tying it up even more with new stitches’n’crutches (or was it ribbons'n'patches? :))

Yet for all the objective reasons to be proud of myself and so, it wasn't a pleasant experience. I hesitate to share it, but the fact is that I experienced a particularly violent bout of insomnia, a state of tired agitation that happened right when I was hoping to finally get some rest… Perhaps the real reason is this being my first time ever sharing any of my 'real' work, stuff that I believe in and invest everything in, and I'm just too anxious. To any of you who ever experienced the same, you have my greatest empathy, friends!

Now, let’s talk about how the beta release itself came out to be.

First off, I want to apologize for the many bugs I have failed to root out (like the freezing pre-load behavior of texture atlases on init) or simply forgot about - like the un-parsed formulas in descriptions.  Yes, I know those formulas suck, but that's their original unparsed form!.. 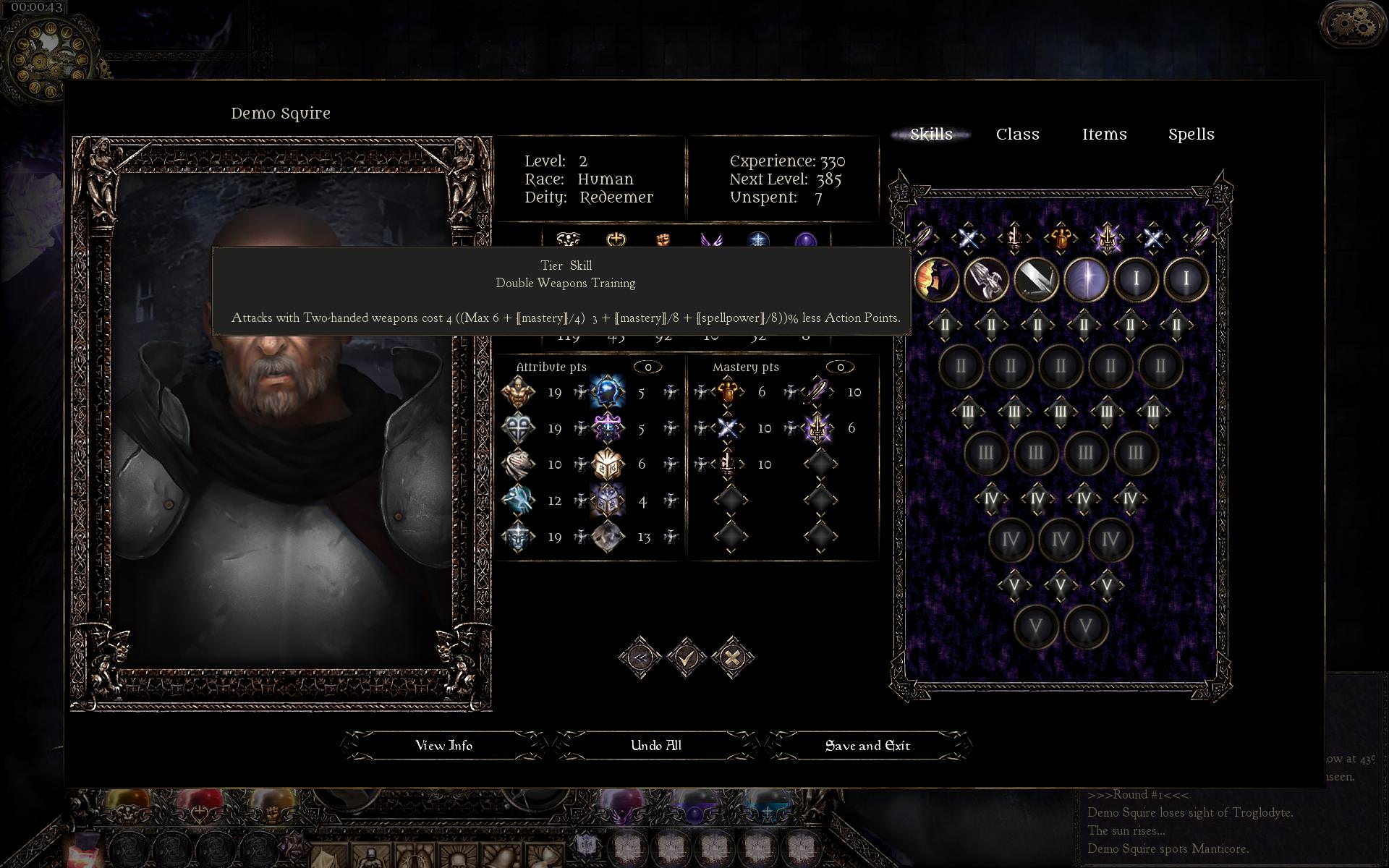 One big failure was that I discovered too late that my game-loop refactoring broke both restart and exit functions... there are some other issues, and so far I’ve mostly received complaints about the ‘clunkiness’ of the UI and lack of usability.

Second, I must say that I had absolutely not enough time to work on the assets - so there is a lot of missing or ‘placeholder’/adopted assets (often from other games, alas!), it was impossible to make them all on time - rpgs are just too big.
I am asking you to be tolerant and understanding about this, I am not making any money off this any time soon, not before I replace everything with my own stuff.
Also, one curious fact is that despite the game being content-oriented and hardcore, the actual content-preparation took literally 2 days - that was all I had left, or rather, all I could afford to be late by.

Looking forward now, I can say that I intend to spend the next week working with the feedback, applying hot-fixes when it becomes clear what they must be (some already are).
Then I will enter a new stage, with new goals - probably the Adventure Map amongst them!

All in all, I believe there is just enough time ahead of me to make things right before September, even given the reduced productivity of summer months.