The story behind this project, Pt.1 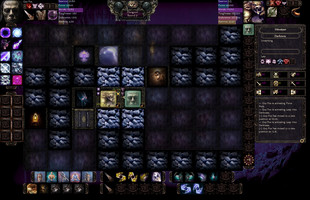 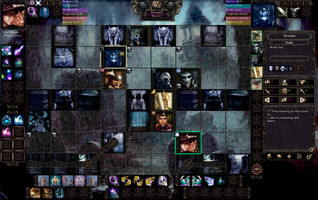 In short, I have dropped my university (IT) studies to pursue my dream of a perfect roleplaying/strategy game, and been developing it for almost seven years, as a coder, writer, artist and musician.

It has been a hard road full of revelations, disappointments and hard-won achievements. I don’t regret it.

I do freelance coding to support the project development, but I won’t deny it, it’s hard and getting harder to stay afloat, maybe it’s for the best, need is the mother of ingenuity, right?

My enthusiasm is not as fiery as before, but a lot more steady for it, now I do not depend on my mood and passion to develop, though they can help sometimes. The hardneck idealism that guided me remains the same however, much to my chargin - elsewise I could have released a smaller game a lot earlier and have some money to fund this dream of mine already!

Yes, about that. My vision is that “Eidolons” must become a kind of special place, a shadowy paradise for introverted people who want to spend a night immersed in something deep and meaningful, something that leaves a sense of having done and experienced something different, something unique.

To be continued, for now just check out these ancient screenshots, and sorry for stolen art there, I had none of my own :)

PS Do not be confused, this is not how the game looks now, though some people say it's also been neat - alas, made with Swing/AWT and thus utterly outdated...